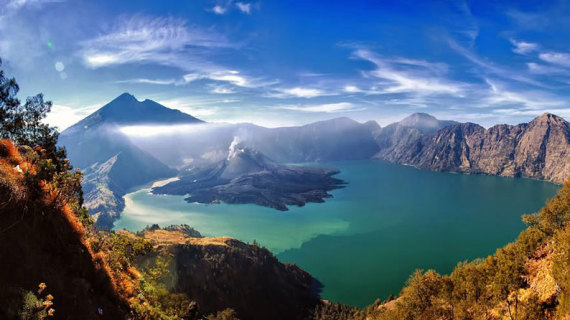 New York-based Travel and Leisure Magazine has included Lombok, Bali, and the Java Islands in its article entitled “The 15 Best Islands in the world”. The article, which was posted a few months ago, was recently praised by Tourism Minister Arief Yahya.

“Hopefully, this could become a boost for West Nusa Tenggara’s development in general, and Gili Matra (Trawangan, Meno, Air) in particular to attract local and foreign tourists,” Minister Yahya stated on Thursday, while inaugurating the start of Ama-Lurra Resort construction in Gili Air, North Lombok District.

“Also heralded for its seclusion, as well as its beaches, diving, and mountainous beauty, is Indonesia’s Lombok, an island just east of Bali that one reader dubbed `Romance Island.` In fact, Indonesia seems to have the joys of island life down to a science, laying claim to the top three spots people most enjoy visiting,” Travel and Leisure wrote.

In addition, Minister Yahya also showed appreciation for the construction of a MotoGP circuit in Mandalika, Lombok.

The development of the first MotoGP circuit in Indonesia will strengthen the position of West Nusa Tenggara, which has so far been known as one of the best Halal tourist destinations in the world.

West Nusa Tenggara Governor Zulkieflimansyah expressed his gratitude to the government for being serious in developing the province, which was devastated by a deadly earthquake last year.