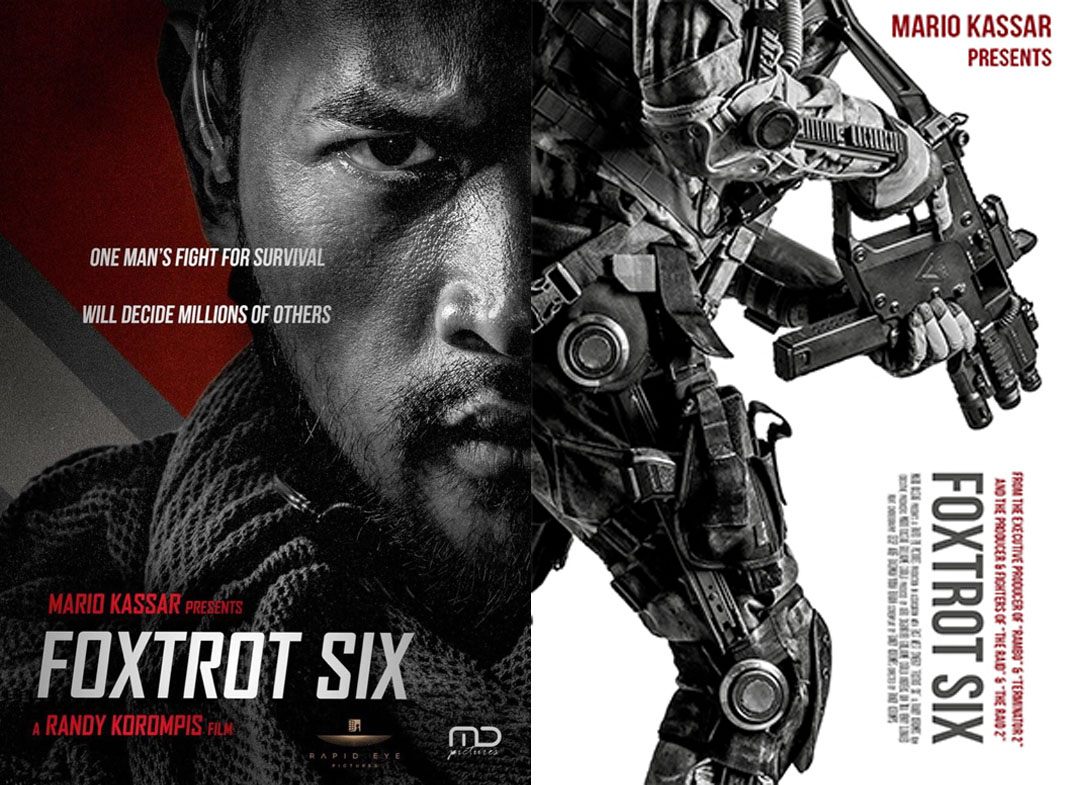 It was way back on 2015 when word broke that prolific Hollywood producer Mario Kassar, who was head of Carolco Pictures and responsible for such action epics as Rambo, Terminator 2: Judgement Day, Stargate and the original Total Recall, was backing a very ambitious action sci-fi epic titled Foxtrot Six. Buzz immediately followed and I reported back in 2017 that Iko Uwais and other The Raid stars had joined the cast but since then nothing else has really come to light concerning the project which is said to be the first of many Indonesian Hollywood style blockbuster epics.

All that has changed today with the release of a brand new teaser and while it is only around 34 seconds in length it immediately wets your appetite for more footage of the film. A new teaser poster gas debuted as well to peek one’s curiosity even more and you can view both of them below!

The film was helmed by first time Indonesian director Randy Korompis and is a co-venture between the newly established production companies Rapid Eye Pictures and East West Synergy. The budget for the film is reportedly around the $10 million dollar range. The plot is non existent at this point but there was some info in that regard posted a while back. “The first ever Southeast Asian Hollywood-style franchise, developed with Rapid Eye Pictures and East-West Synergy. Production to take place in Indonesia and the US. The story is about how the world will change when food becomes scarce. People will compete for food, which will become the main commodity and the story will tell how the world will be formed by it. Everyone will look to Indonesia to find food.”

The cast includes Oka Antara, Verdi Soelaiman, Arifin Putra, Mike Lewis, Chicco Jerikho, Rio Dewanto, Edward Akbar, Miller Khan, Gisellma Aulasajidah, Julie Estelle, and Aurélie Moeremans with all the action and fight sequences being handeled by Iko Uwais’ stunt team so it looks like Iko’s involvement is behind the camera for this one and not in front of as thought before but I am still excited for this one none the less.

The original teaser poster for the film that was released a few years back can be seen below.

Foxtrot Six is currently in post-production via mariokassar.com and is scheduled for release sometime next year and hopefully, we get a more extended trailer soon but in the meantime check out the teaser below and get ready for a war in 2019!